CoderDojoKC is a volunteer-powered way to teach youth to not only to code, but to problem solve, create, and collaborate around technical solutions. Technology touches every bit of our lives, and learning to code builds a solid foundation for not only learning to think, but for creating, building, and innovating.

CoderDojo has just one rule: “Above All: Be Cool.” Bullying, lying, wasting people’s time and so on is uncool.

Dojos are run by volunteers and mentors, creating everything from curriculum to innovative projects. If you’re interested in mentoring, sign up here.

CoderDojo is a not-for-profit organization founded by James Whelton and Bill Liao. It was first started in James Whelton’s school in early 2011 when James received some publicity after hacking the iPod Nano and some younger students expressed an interest in learning how to code. He setup a computer club in his school (PBC Cork) where he started teaching basic HTML and CSS. Later that year he met Bill Liao, a entrepreneur and philanthropist, who was interested in growing the project into something bigger than just an after-school computer club. In June 2011 the first CoderDojo was launched in the National Software Centre in Cork where CoderDojo saw extreme success. The Cork Dojo saw people traveling from Dublin frequently to attend sessions. Owing to this popularity a Dublin Dojo was launched soon after in Google’s Montevetro building. The increasing success leading to setting up more Dojos around Ireland and subsequently around the world.

The first session of CoderDojoKC was in October 2013. Sessions have since been held every second Saturday of the month. 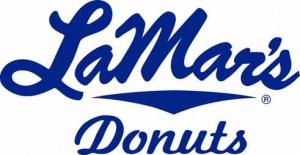 Raise your hand - a mentor will get you up and running!

You warm up to play sports, right? We’re going to do the same thing to warm up to code!